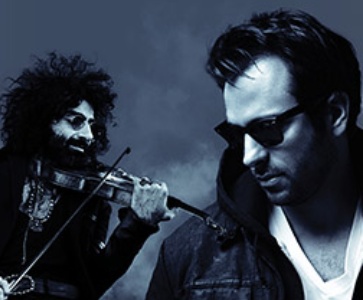 For the first time on stage together, Guy Manoukian and Ara Malikian in concert at Dubai Opera!

Internationally acclaimed musician, composer and pianist, Guy Manoukian returns by popular demand for the third year running. Manoukian has been a key musical player both locally and internationally for the past 20 years. Not only has he worked with the biggest names, but his fusion of oriental melodies with modern arrangements has taken him all over the world and have made him one of the most sought-after artists today.

Known for his eclectic repertoire, award winning violinist Ara Malikian performs arrangements of works from Bowie to Bach and Led Zeppelin to Paganini. His phenomenal energy has won him numerous awards worldwide, having performed with a wide range of artists and ensembles including Sting, Fairuz, the London Chamber Orchestra and the Tokyo Symphony Orchestra.

Hailed from Beirut, both Guy Manoukian and Ara Malikian celebrate their shared Armenian heritage in this highly anticipated world premiere. Not to be missed!